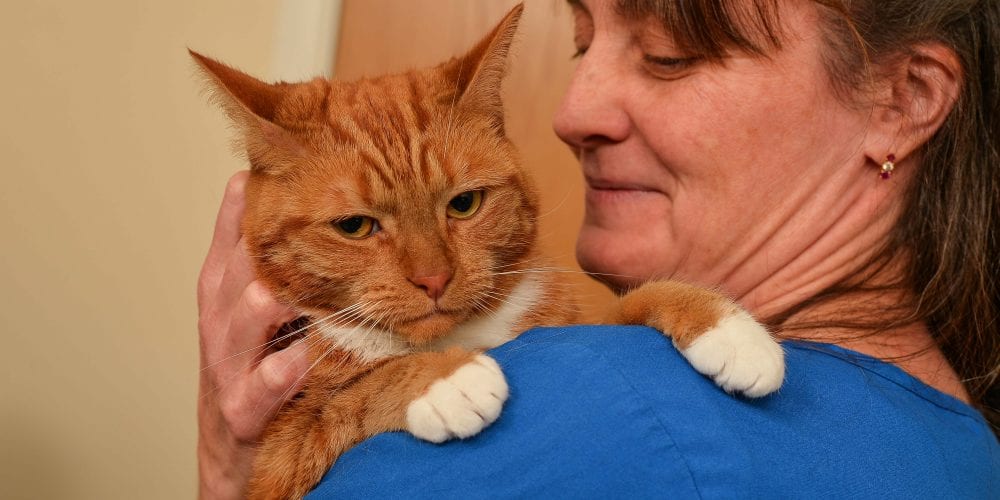 Experienced vet Ann Mee operated on Kitty, a four-year-old ginger tabby adored by her owners, after she swallowed the two-inch plastic cat from the Kitty in My Pocket children’s toy range.

Her worried owners, Paul and Michelle Grice, from Denton, had rushed her to the town’s Manchester Vet Centre, run by the independently-owned Willows Veterinary Group, one Saturday lunchtime after the cat became increasingly poorly. 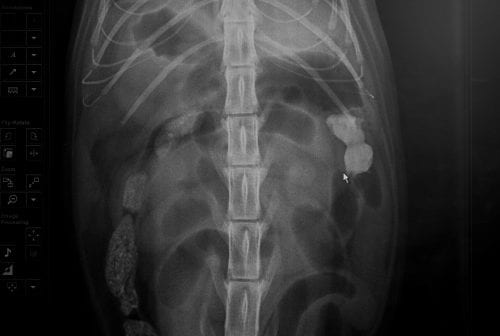 An x-ray revealed a foreign body had become lodged in her abdomen. When Ann and her team operated, they discovered the toy cat wedged against her intestinal wall.

It had already lacerated the tissue within the intestines and was threatening to perforate the intestinal wall at any time, which would have proven fatal.

The quick thinking of Ann and her two staff, who operated immediately, brought the drama to a happy conclusion and miraculously saved Kitty’s life. She’s since made a full recovery, much to the joy of her owners’ daughter, Amelia, five, and son, Charlie, seven.

“I cannot thank the staff enough. We’re so grateful to them. It’s all down to them she’s still here, without a doubt,” said Paul, 38, who works as a processed foods operator at Kerry Foods.

“We were really upset as we’d had Kitty from a little kitten. You get yourself worked up and it’s totally out of your hands.

“I have no idea where the toy cat came from and how she managed to eat it. I guess we will never know. She’s never done anything like this before.

“When the vet finished the operation, she said it would be touch and go for the next few days. We had to give her high protein meals that were liquidised and only a teaspoon at that. It was crammed with calories.

“She’s since made a miraculous recovery. Someone must have been looking over us as she’s fine. She perked up after a couple of days.

“She’s now as healthy as she always was.”

Ann, who trained at the Institute of Veterinary Science at Liverpool University, has often saved dogs from things they have swallowed when they shouldn’t, including one which had choked on a lamb bone. 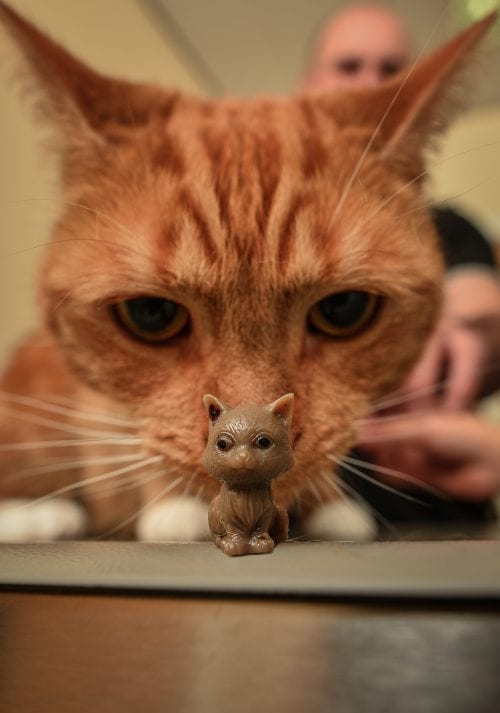 “It is more common for dogs to swallow things they shouldn’t rather than cats,” said the 48-year-old from Glossop.

“Kitty was very poorly, she was dehydrated and lethargic.

“Her abdomen was very painful on assessment and so immediately we suspected a foreign body was in there. From the x-ray it was quite obvious.

“Sometimes, when we have a foreign body present, we can milk them through to the large intestines to allow the animal to pass it naturally. But this was a hard plastic toy with a prominent tail and ears which had got caught in the intestinal wall. Any attempt to move it down would have ruptured the intestinal wall itself.”

In the end, Ann and her team had to open the intestinal wall surgically to remove the toy and close Kitty back up again.

“The intestinal wall could have perforated at any time,” said Ann, who qualified in 1992 and has been working at Manchester Vet Centre for the past five years.

The centre is part of the independently-owned Willows Veterinary Group which offers a wealth of knowledge and expertise through 24 small animal practices, a referral veterinary hospital, two equine centres and a five-office farm practice which are located across Cheshire and into the Wirral and Staffordshire. Willows is accredited by The Royal College of Veterinary Surgeons.

Kitty’s owners, who also have another cat called Bluebell and a lurcher-terrier cross called Jess, said the pet’s original arrival at the family home had also been dramatic. 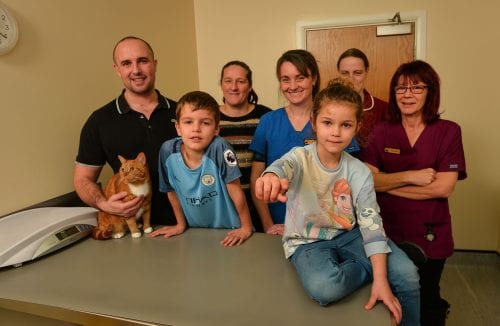 “It was four years ago and we were about to go to Hyde Park when a woman pulled up in her car with three kittens in the back and asked where the local animal shelter was. It was a Sunday,” explained Paul.

“My wife looked at me and said ‘shall we get one?’ and I insisted I didn’t want any pets but she got her way. Kitty was about three weeks old then and we’ve reared her ever since.”

Although Michelle, 36, a nursery worker, was the first to fall in love with Kitty, her daughter has since become inseparable from the pet.

“Kitty is glued to my little girl. It sounds daft but Amelia sits her in a chair and dresses her up. She’s her best friend. At night time, as soon as Amelia’s door opens, she will sneak in her room and lie on her bed,” said Paul.

“If we’d lost her it doesn’t bear thinking about, my little girl would’ve been devastated. Thankfully she didn’t really understand the implications of it and it all happened so quickly.

“We’re just thrilled to have her home.”

Ann urged pet owners to keep small toys out of the reach of animals just as they would very young children.

She also warned that socks were another item to watch out for, especially with dogs, and encouraged owners to act fast if they suspected their pet had swallowed something they shouldn’t as time was critical in such situations.