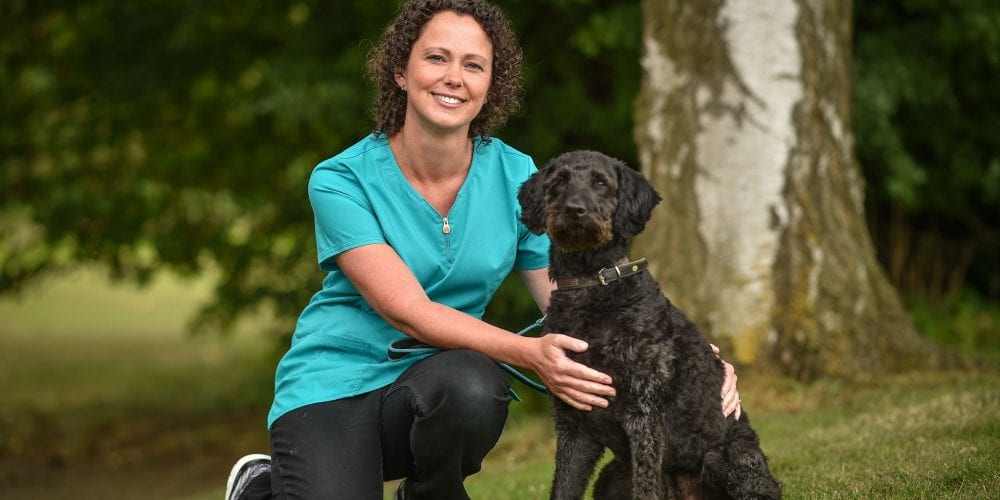 A HALE vet has been rewarded for her dedicated service to the region’s pets after being appointed as a new branch partner for an independent veterinary group.

Sian Coxon has spent ten years working at Station House Veterinary Centre in Hale, which is part of the independently-owned Willows Veterinary Group. Sian has been named as a Small Animal Branch Partner for the group.

Sian, 41, said: “I am honoured to be offered this career progression and feel as though I’ve been recognised for ten years hard work. I’m now looking forward to helping Station House to continue to grow and flourish.”

The group has a network of 25 small animal surgeries, a referral veterinary hospital, two equine centres and a seven-office farm practice located across Cheshire and into the Wirral, North Wales and Staffordshire. It is accredited by The Royal College of Veterinary Surgeons (RCVS).

The team at Station House themselves received an ‘outstanding’ award for client care recently in a practice standards scheme run by the veterinary industry governing body, the RCVS, which has its own voluntary programme to accredit veterinary practices in the UK. 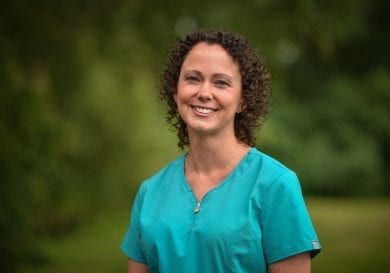 Sian, who originally hails from Cork in Ireland, qualified as a vet at University College Dublin and worked for a small animal practice in Dudley in the West Midlands before relocating to Cheshire.

Married to fellow vet Gary Coxon, and mum to four-and-a-half-year-old twins Imogen and Thomas, Sian, who lives in Cranage, said: “I love being a vet though didn’t actually decide to become one until after my A-levels.

“I mainly see dogs and cats at the practice and Imogen and Thomas love hearing about the animals I care for, particularly puppies and kittens. There is a lot of animal talk in our house with Gary being a vet also, though he works at a different practice.”

Sian said “I really enjoy meeting owners and getting to know and doing my absolute best for their pets. This gives me an incredible sense of achievement.”

One of her more regular four legged customers is a black cat called Mavri who has been looked after by Sian and her team since he was brought into the surgery as a stray kitten.

Sian said: “He was adopted by one of our clients who had unfortunately lost one of their much-loved cats and heard he had come in as a stray.

“A year later and he was back in to us because he had managed to fall out of a tree, onto a spike which left him with a nasty injury which meant he was hospitalised for quite some time.

“He now visits us because he has an autoimmune problem which causes problems with the skin on the pads of his feet.

“We see him a lot and we are all very fond of him although I am not so sure he’s so keen on us! You can’t blame him though.

“He’s a good example of the relationship we build with our clients and their pets at Station House. There’s a lot of trust involved and we all work together to provide the best possible care for these animals who are an important part of the family.”