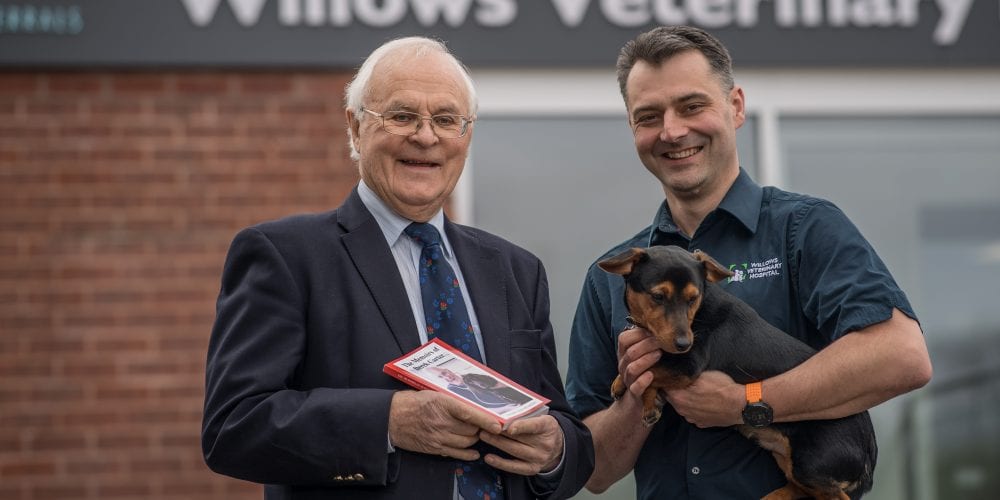 A RETIRED vet who was a pioneer of pet medicine in Cheshire and once encountered glamorous Coronation Street legend Pat Phoenix in her silk nightgown has published his memoirs.

Derek Carter, 80, is one of the main founders of the Northwich-based Willows Veterinary Group. His family life and 35-year career caring for animals has been documented in a self-penned book, raising money for Tarporley & District War Memorial Cottage Hospital.

In it, he describes being called out to a home visit at a grand Edwardian property in Stretford, south of Manchester, while working for a surgery in Sale. The glamourous lady who met him on the staircase was none other than Coronation Street’s Elsie Tanner, aka soap star and icon Pat Phoenix. 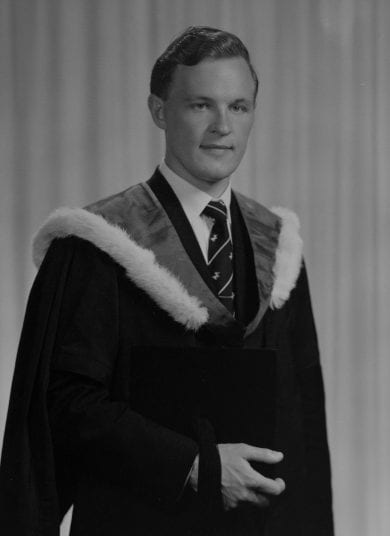 “When I got there, I knocked on the door and heard a high pitched voice from what seemed to be far back in this mansion saying ‘Come in, Come in’.

“So I went in to find myself facing a beautiful open staircase, down which came floating a gorgeous young lady, wearing only, more or less, a see-through silk nightgown.

“She took me in to a grand, back reception room and insisted on pouring me a drink while we chatted about the dogs. It was only as I was leaving the house that I realised who this glamourous lady was!”

Derek recalls another home visit where he found a New Forest pony with a thick winter coat panting for breath in the heat of a back kitchen of a house when its inexperienced owners had brought the native breed horse in from the garden to protect it from the cold.

He also documents the precarious farm episode of getting close enough to sedate a raging bull after it stuck its head through a glass window and charged off with the frame still round its neck.

His career adventures were all in a day’s work for the veterinary surgeon who brought small animal care to Cheshire in the form of Willows Veterinary Hospital in Hartford, near Northwich, which Derek developed in the 1960s with fellow Willows founding partners Gareth Llewellyn and Gareth Williams.

It was the first small animal hospital to be built in Cheshire, inspected and approved by the Royal College of Veterinary Surgeons and set the high standard and commitment to pet welfare which became a guiding force for the independently-owned Willows Veterinary Group.

The group now has a network of 25 small animal practices, a referral veterinary hospital, two equine centres and a seven-office farm practice, located across Cheshire and into Greater Manchester, North Wales, the Wirral and Staffordshire.

It was Derek who first realised the need and pushed for a more formalised standard of care for people’s pets in Cheshire.

The former pupil of Sir John Deane’s Grammar School grew up on a council owned tenant farm in Dutton, which his father had obtained shortly before he was born in March 1938. He returned to his native area after qualifying as a vet from Liverpool University and working for a short time in Ashbourne, Derbyshire, and later Sale near Manchester.

Derek said: “I first came to work at the practice in Hartford to do farm work but I lived in a practice house in Winsford with my late wife Anne. At the time, Winsford had a population of around 13,000 people and there was no surgery looking after people’s cats and dogs.

“It was in the 1960s when people were first becoming aware, helped by James Herriot, that things could be done for their pets.

“Up until that time, there was a lot of anxiety about taking your pet to the vets because of the belief they thought they would end up being put down.

“But that was starting to change and we used to have people coming and knocking on the door at all times of the day and night asking me to look at their animals.

“It grew from there and in 1964, we opened a full-time small animal surgery at Hartford and two years later, we started building the small animal hospital which shows the sudden demand there was for specialised small animal medicine, treatment and care.”

Derek has two children, Alison, now 54 and a biologist living in Hexham, and Jeffrey, 49, an electronics engineer of Mirfield, Yorkshire. He now lives in Kelsall with his second wife Jean. His first wife Anne sadly died of cancer in 1998. 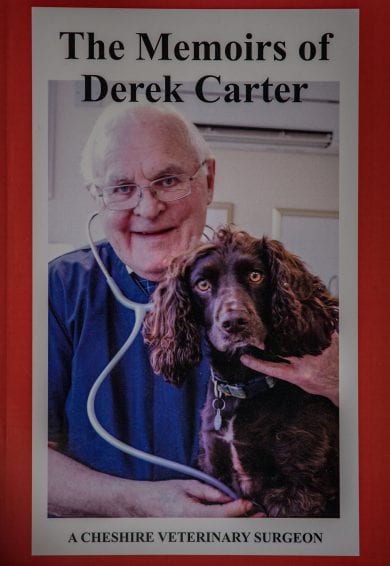 He decided to write his memoirs for his grandsons, Richard, 17, and Christopher, 15, so they had a record of their grandfather’s life and career. Sales of the book will help raise money for Tarporley & District War Memorial Cottage Hospital.

He said: “Willows Veterinary Group is now the epitome of modern veterinary practices which strives to exceed the expectations of its clients because of the highly specialised care it is able to provide.

“I am proud of this and proud of the hard work of so many people who have helped to develop Willows in this way. It has always stayed true to its central ethos of putting the welfare of people’s pets first and that is as true today as it was when we first set up the partnership more than 50 years ago.

“It was always important to us that we provided the best possible care we could and we were always looking for ways to reinvest and improve everything we did.”

Willows Veterinary Hospital is currently undergoing a major reinvestment programme which is due to be completed this summer.