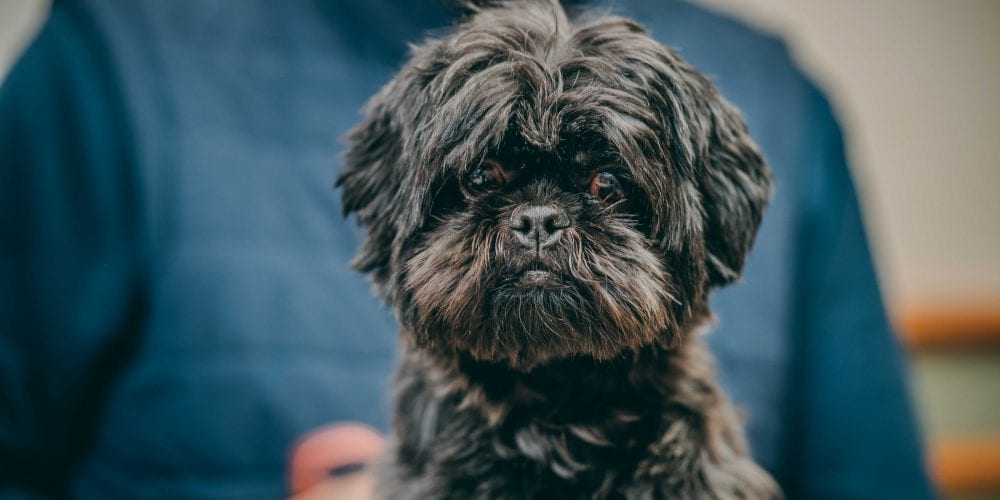 A laundry-loving dog gave herself a shock when she ended up swallowing a sock.

But luckily vets were able to retrieve the size 12 item, which was longer than 22-month-old Shih Tzu Maggie-May.

The pesky pooch was taken to Beech House Veterinary Centre in Warrington, which is part of Willows Veterinary Group, and given medication to make her sick.

The sock was removed from her mouth by vet, Naomi Roberts, who avoided having to operate.

Maggie-May’s owner, Jessica Tolley, said: “We were at home when Maggie-May was chewing and playing with a sock, when all of a sudden, she bolted off the chair and started making a funny noise.

“I realised there was a good chance she had swallowed it but my partner Ross and I could hardly believe it and we got up and started trying to find it.

“Although Maggie-May seemed fine, the sock was nowhere to be seen after we searched high and low, so we took her to the vets.

“All the way there, she was acting as if there was nothing wrong and I was convinced there was no way a dog her size could swallow a sock so big.

“When we got her to the vets, she was examined and given an injection to make her be sick.

“We left her there to be looked after and we had only got 10 minutes down the road when we received a call to say they had got the sock out.”

The 33-year-old primary school teacher who lives in Woolston, Warrington, explained that vet, Naomi Roberts had managed to pull the sock back through her dog’s mouth.

Naomi has been a vet for 10 years and runs Holly House Veterinary Surgery in Knutsford, which is also part of Willows Veterinary Group.

Willows Veterinary Group offers a wealth of knowledge and expertise through a network of 25 small animal practices, a referral veterinary hospital, two equine centres and a seven-office farm practice, located across Cheshire and into Greater Manchester, North Wales, the Wirral and Staffordshire.

Willows is accredited by The Royal College of Veterinary Surgeons. 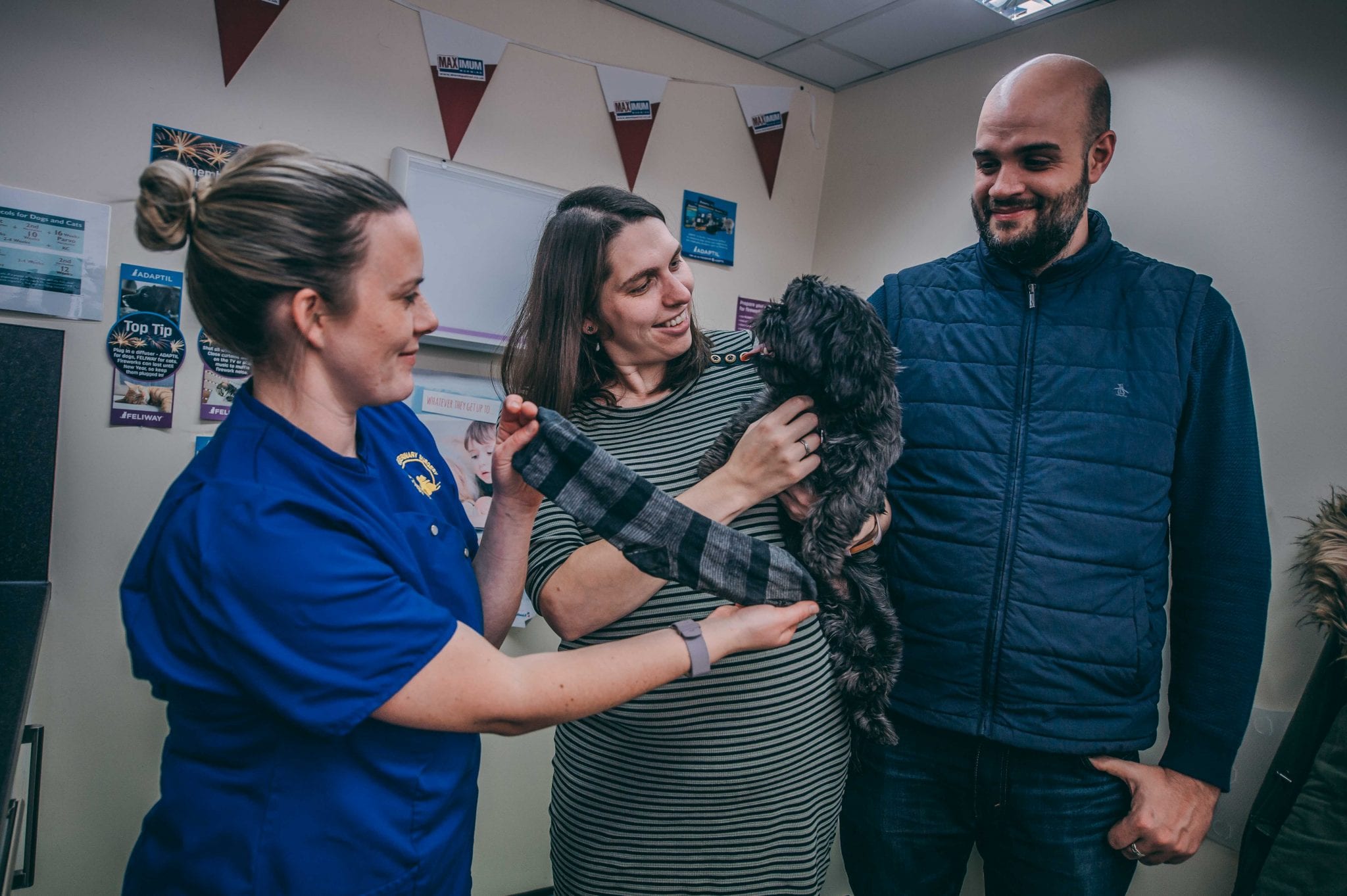 She was working at Beech House on the Sunday that Maggie-May was brought in and said: “We were called by Maggie-May’s owners who had said they were concerned that she had swallowed a sock and so when they brought her in, I examined her and she seemed fine – a happy little dog.

“I decided the best course of action would be to give her an injection to make her sick to see if we could retrieve the sock that way.

“Shortly afterwards, she started retching and then I saw a large black item in her mouth so I pulled it gently out.

“It was huge and Maggie-May is so tiny that there would’ve been no way it would’ve worked its way through her system, we would’ve had to operate to remove it.

“Both the owners and I were in shock as to how it was possible for her to swallow an item so big.

“It was lucky that they suspected she had swallowed it because it wouldn’t have shown up on an X-ray and they might never have realised until there was more of a problem.”

She added: “Maggie-May was a little sleepy after the injection but quickly returned back to normal.

“We wouldn’t necessarily use the same method of making an animal sick if they’d swallowed something like a needle or a razor blade but in Maggie-May’s case, the outcome was great with little side effects.”

Jessica, who has recently had her first baby Alannah, added: “On the way home from the vets, Maggie-May was sat in the car like she’d been out for an adventure.

“We are now very careful not to let her have socks any more but she is automatically drawn to the washing basket and always goes to get one out so we have to be very vigilant.

“I never thought she would be able to swallow one so big.

“But she must’ve sucked and chewed it so much that it slid easily down her throat.

“I have just had my first baby so I’m going to have to be extra careful she doesn’t get her paws on any little socks.”